Marking the end of year 2016, municipal mayor Dervisagic Edis mr.sci. organized traditional New year reception for businessmen and public and social sector representatives. On this occasion, municipal mayor thanked on attendance and welcomed all to reception. Also, he thanked on good cooperation made do far, and on good political climate suitable for economical and all other development, contributing to creation of suitable conditions of life and work in the area of Gradacac municipality. 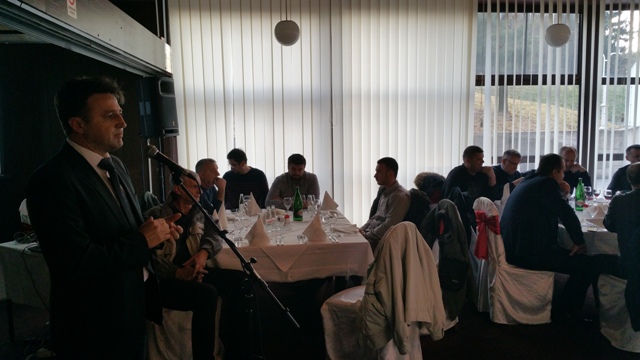 Using this opportunity, municipal mayor presented implemented projects in 2016, and activities on implementation of long-term projects, such as water supply, construction of industrial zones, objects of social standard and other. He pointed out that 5.851.002,16 KM is invested in these projects (46 implemented projects).

Municipal mayor Dervisagic Edis mr.sci. has wished to all happy and successful new year of 2017 and thanked for successful cooperation made so far.